I drank a (tiny) bottle of tequila at work today. 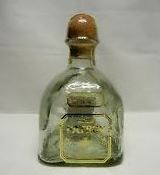 Truth be told, I’d been planning to do it for quite a while, but the time never seemed quite right. I hadn’t won a significant award, landed the account that would propel my business to dizzying heights, or had any one moment that would signal that Stu Opperman and Impact Players had arrived! So the celebratory bottle remained unopened, a dust-gathering reminder that I hadn’t yet reached the destination known as  “success.”

Finally, as one year became the next, I began to rethink my position on this type of workday drinking. While business remained more stable than spectacular, events outside my office changed who and what I was. Colleagues lost jobs they had dedicated years to, couldn’t find work, and struggled to reinvent themselves in an increasingly entrepreneurial economy. Even worse, a business mentor that had found his niche passed away suddenly, leaving a young family and a legion of friends asking “why?”

Still, despite the front-row seat to professional and personal mortality, I continued to resist, clinging to the ideal that there would be some obvious flashpoint that would justify drinking on the job. 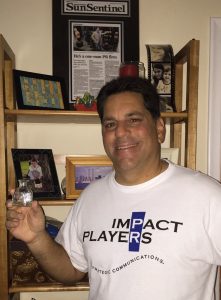 Today, I’m happy to report, I gleefully chugged that bottle like a frat boy during Rush Week. The reason? It was the 6th anniversary of “Liberation Day,” the faux holiday I created to commemorate my last day as someone else’s employee.

It wasn’t the fireworks moment I envisioned, but more the realization that earning a living by making a difference for others — while doing it on your own terms — is the working equivalent of winning the lottery.