Are you saying ‘slut’ like it’s a bad thing?

Just when you thought the media was about to surrender the Tiger Woods story, the collateral damage has 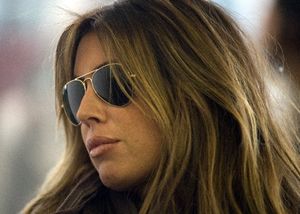 started mounting again. Among the most bizarre:  Las Vegas comedian Jeff Beacher. After nightclub hostess Rachel Uchitel claimed to be one of the 707,000 women to have had an affair with Woods, Beacher called her “slut” on his Facebook page. Uchitel’s lawyers promptly ordered him to erase the word or face a lawsuit. I think it’s fair to say that James Madison probably didn’t foresee this exact case when he was drafting the First Amendment. Fortunately, though, we’ve got some expertise here in South Florida in exactly what constitutes sluttery — and who better to get to the bottom of it than Paul and Young Ron, the morning men at WBGG-FM 105.9? Beacher will appear on their show at 7:30 a.m. Thursday. Hey, this might be your first time hearing a subpoena served on radio.