I don’t know “Anne,” a woman who works at the school my children attend, but I’m pretty sure today was the worst day of her professional career. She’ll feel even worse when she learns her attempt to remedy an unfortunate situation made things even worse.

Anne has been corresponding with a recruiter from a school district in another state about job opportunities and they made plans to discuss things on the phone later today. How do I know this? I, and presumably all the other parents, were blind copied on the (very) personal email sent from her work account.

Even if you’ve never made that particular email faux pas, most of us have unintentionally replied to all or criticized a boss without realizing he or she was still on the thread. That leads to feelings of panic (rush to the outbox), frustration (where’s the damn unsend button?!), and overwhelming nausea that comes not only from knowing you screwed up, BIG TIME, but also the very real possibility of vomiting on the keyboard.

I share Anne’s pain not in any attempt to shame her publicly, but for the lesson she provides to crisis communications. While the first email was regrettable, her decision to send another note to the same database, this time asking us to disregard the previous message, was a mistake. 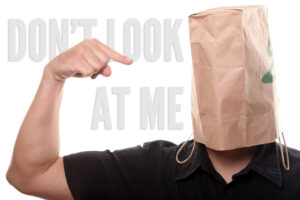 While well-meaning, Anne’s approach raised awareness of a situation that many weren’t even aware had happened. It’s very possible they would have missed the original email, maybe wouldn’t have opened it (the subject line was “opportunities with the school district”), or, if they had, not paid much attention to the correspondence. Especially if, like me, they had no idea who Anne was.

One of the things crisis pros hang their hat on is the belief that once a mistake is made, it’s important to quickly address the situation. Acknowledge responsibility, apologize to those hurt by your actions, and share how the mistake won’t be repeated is pretty much Crisis 101.

There are times, however, when that thinking has to be tempered with a willingness to let the dust settle. Taking a step back and assessing what tangible damage has been done, and not basing strategy on paranoid assumptions, is key. If you’ve got a very public media crisis on your hands, by all means get ahead of the story with your follow-up and do what you can to take control of the narrative. In contrast, Anne’s hasty decision led to more people seeing, and understanding, her screw-up than would have otherwise. Human nature being what it is, you can be sure those who saw her second note, and didn’t have any sense of why it was necessary, immediately went looking for what Anne was so insistent be disregarded.