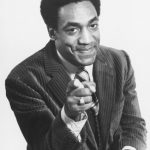 Like many of my generation, I grew up appreciating Bill Cosby. In my childhood, he was one of the first standup comedians whose work I knew and many a Saturday morning was spent with “Fat Albert and the Cosby Kids.” Years later, he became Cliff Huxtable and brought more joy to my TV. Cosby was a ‘star,’ equally effective pitching Jell-O pudding or a socially-conscious agenda.

Celebrity can be a fickle mistress, however, and today the mention of his name brings a far different reaction. Multiple women have accused Cosby of sexual assault, with some of them detailing the alleged incidents in graphic detail. Each passing day seems to attach more tawdry revelations to someone who was once one of America’s most beloved figures.

Given the statute of limitations, the criminal justice system may never determine whether Cosby has been rightly or wrongly accused. As for the court of public opinion, it’s already in session. 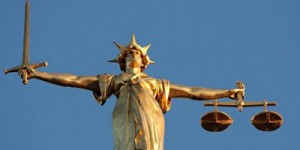 Judging is done during each news cycle, with “evidence” often nothing more than what someone says or how those at the center of the crisis seem to be handling their circumstances. Fair or not, it’s where reputations and careers can be saved or killed.

It’s a place that Cosby finds himself, a situation practically begging for comment, especially from someone often cited for his eloquence with words. So now, at what are likely the most critical moments of his life, Cosby’s response to all this has been . . . (silence). 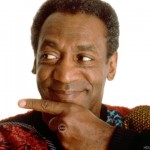 Really? Is there no one in the Cosby camp that understands crisis communications? Can they really believe an attorney saying, “Mr. Cosby does not intend to dignify these allegations with any comment” and “There will be no further statement from Mr. Cosby or any of his representatives” – statements that have since been removed from billcosby.com – are an appropriate response to the avalanche of negativity currently burying the star’s career?

Cosby and his lawyers may be concerned with civil suits, and they should be, and none of this makes him guilty of what he’s been accused of. There is always a presumption of innocence until proven otherwise and no one is advocating a mea culpa just to satisfy fans and a salivating media, especially if Cosby believes he has been falsely accused.

Other than “no comment,” however, there’s no quicker way for a celebrity to ruin their credibility/marketability than to say nothing in their defense while others are on the attack. While Cosby may or may not have his day in (real) court, the strategy he’s currently pursuing, or lack thereof, may be a death sentence for his career long before he ever gets there.